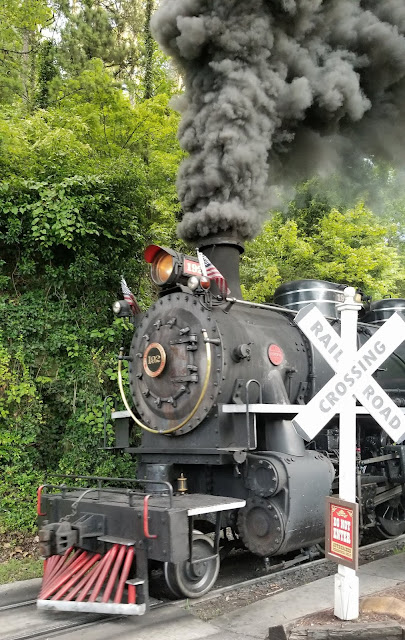 While we were in Pigeon Forge TN last week, we rode this train.  It is an authentic steam engine from WWII.  As noted on <This Website>, "While many people assume that the Dollywood trains were custom built for the theme park, the locomotives were actually constructed in the late 1930s and early 1940s! During WWII, these steam engines played an important role in America’s war effort."  The mear sound of that engine starting its journey and the commanding billowing black coal dust was an experience with the sound, sight, and feeling rather than just seeing a train leave the station.
at 6:24 AM