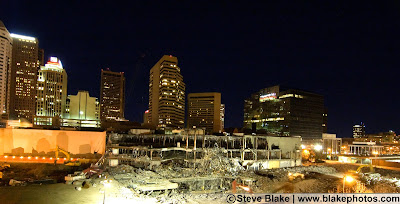 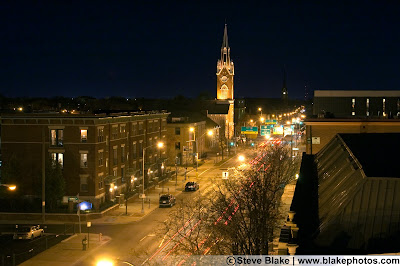 These are two more photos taken during the "Night Photography" class through the www.meetup.com meeting. You can see all of these photos posted on that site. 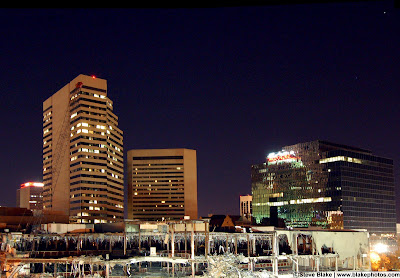 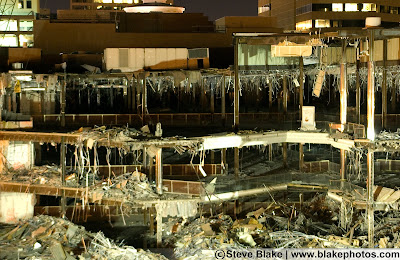 Click on bottom photo for full resolution image.
Peggy and I took a class on "Night Photography". I must say, I was impressed with the results of the field trip. It was a bit cold but I muscled through and was very pleased. These two images were taken from the roof of the parking garage on the corner of Rich and Third Street (http://bit.ly/CityCenterMall). This 1.2 million square foot mall has been standing for 20 years and in the name of advancement, is being torn down.
According to the Columbus Dispatch, "Visitors abandoned the mall for bigger suburban complexes, and stores soon followed. In February, the city said it would demolish the mall this summer and unveiled plans for a park that would replace it. The long-term plan calls for creating Columbus Commons -- a mix of shops, homes, offices and restaurants -- at a cost of $165 million." (http://bit.ly/DispatchArticle)
at 9:13 AM No comments:

A little fun with light... 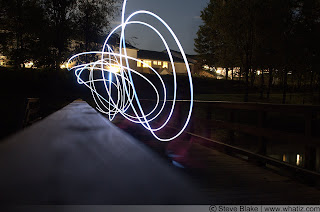 Peggy and I went to Stonewall Jackson Lake and decided to go out and take pictures of deer. The night got dark quick and we decided to experiment with night photography. The image above was taken with the camera sitting on the bridge railing. The shutter stayed on for perhaps 30 seconds and ISO-800. During that time, Peggy took my pin light and began painting.
It is important to say that we had no moon and the only light (other than the pin light) was from distant street lamps and star light. 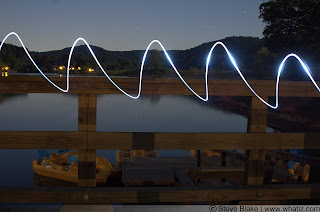 This photo was the same conditions but she walked in front of the camera which resulted in her not showing up at all (unlike the first photo). The interesting situation is that with no moon light and it being as dark as it was (11:30 pm). The shutter was open for 8 seconds for this photo and the ISO was set to 800.
at 9:29 PM No comments: